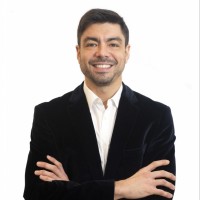 Emilio is a patent engineer specialized in the fields of chemistry, industrial chemistry and materials engineering. He is involved in patent drafting, translation, filing and prosecution of patent application of domestic and foreign clients in Argentina and Latin America.
Three of our Partners recognized as IP Stars 2020 by Managing IPPrev
VIDEO: Impact of Trademarks in Latin AmericaNext